First off, Team Nimiq would like to thank all the candidates who put themselves forward to represent the community and all of you that cast your vote in the second set of Community Funding Board elections. We are happy to announce that MrMaestro, Vasconcelos and Ginghis Kan were all duly elected as the new Community Representatives. Here is a summary of the final results: 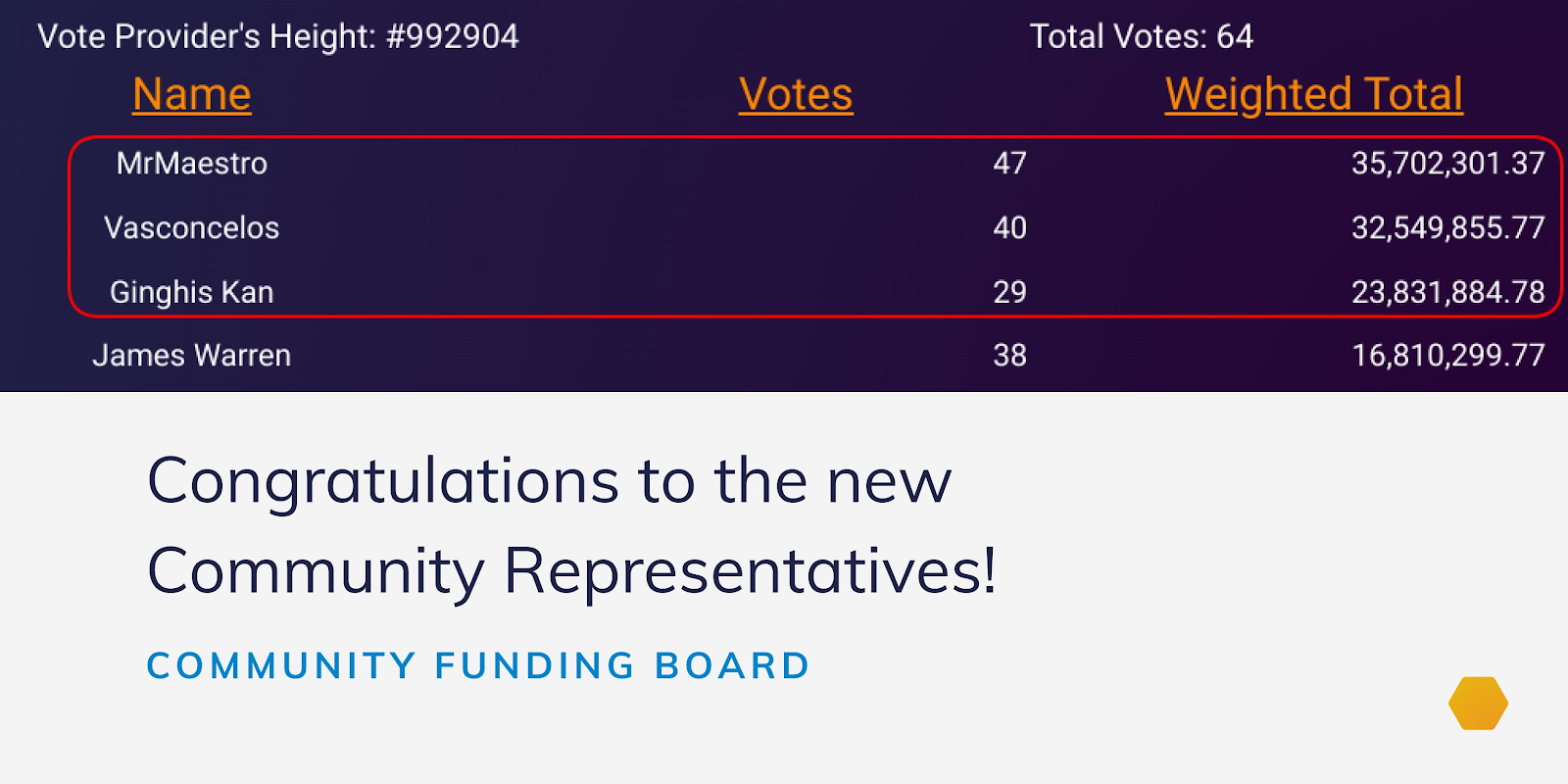 We’d like to say a special thank you to Chugwig for helping to run the election smoothly on the voting web app he created that records all votes on the Nimiq blockchain. Team Nimiq would also like to thank Mat, Chugwig and Wekkel for their service to the community over the last six months, as Community Representatives. You guys have played a vital role in the Community Funding Board over the last six months, your contributions to supporting numerous Nimiq ecosystem projects during your term has been invaluable.

The remaining three Board seats will be taken by Richy, Bruno and Matheo from Team Nimiq for the next term.

This month, the Community Funding Board held it’s transition meeting with both the new and old community representatives in attendance to ensure a smooth handover between Boards. Here’s what went down. 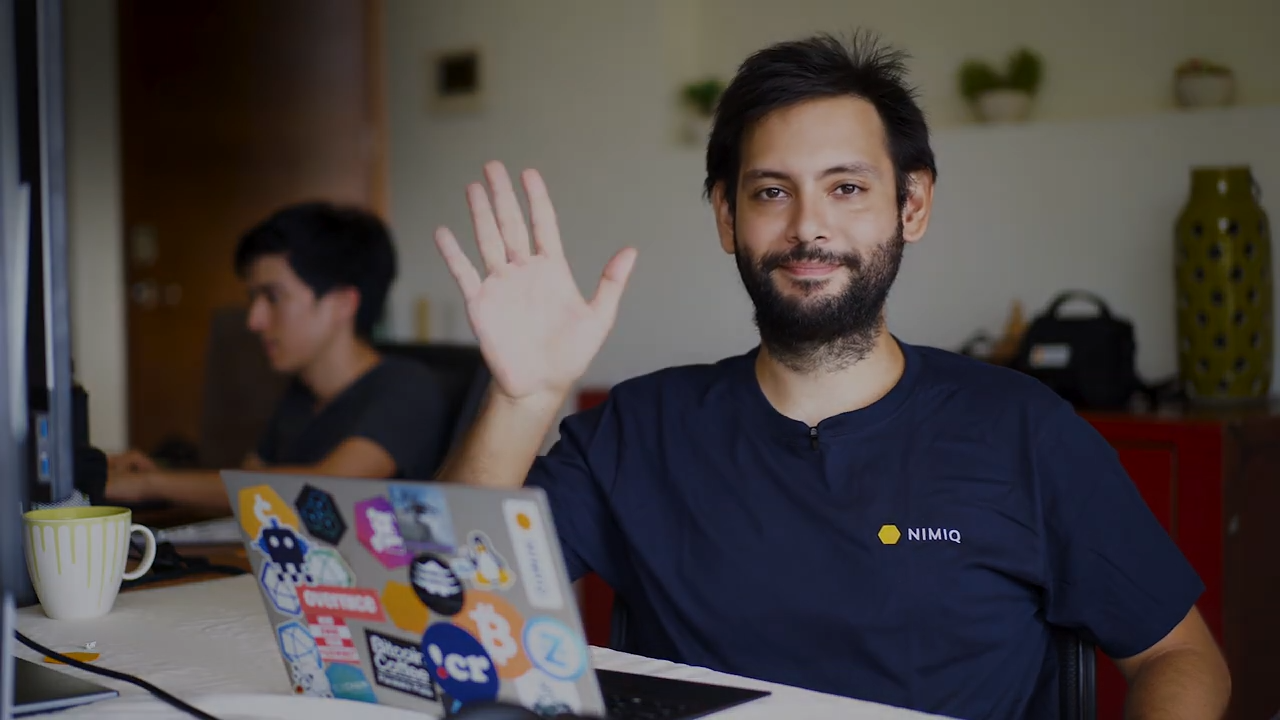 During the meeting, both old and new Community representatives weighed in with thoughts and opinions to further improve the operation of the Community Funding Board. The following topics were discussed.

3. For-Profit - Any type of project that can monetize and generate revenue for the creator.

It was agreed that a higher reward could be applied to submitted proposals depending on what category the project falls into. Open-source projects attract the highest reward multiplier, followed by closed-source and for-profit. A final decision on these reward multipliers will be made in the coming few weeks. The Board also unanimously agreed that previously funded projects would not be forced to open source.

This month, two community projects were assessed for funding.

The Board commented on how the amount of NIM requested for airdrops seemed low and agreed to ask Albermonte if he wanted to increase the amount of airdrop NIM requested. It was agreed that server costs would be covered for two months until a Community Managed Server Infrastructure Service was set up to support projects like this. The Board also decided to allocate a reward of 500K to recognize the effort that goes into this project. This does not only include development but also the awesome support that Alberto provides in the community and also the huge value it provides to the community in terms of engagement.

After a lengthy discussion about the proposal, the Board decided that modifications were required in order to fund NIMNow. It was decided that HTTPS support was critical for the project and that this feature should be added to the proposal as a milestone. The discussion then turned to the features suggested and the opinion of the Board was that many of these milestones could be achieved with plugins or features of Titan script which could be easily installed. It was agreed that Hextic should be asked why he thought that the additional feature required a significant amount of work.

After review of the NIMNow site, the Board believed that the platform could do with a UI/UX upgrade to make the service more usable. It was agreed that Team Nimiq should offer NIMNow help with this. Finally, given that NIMNow is a for-profit project and has ways to monetize through ads or driving traffic to select partners, the Board decided to ask Hextic to modify the proposal to add more details regarding the milestones while at the same time providing a revenue and expense plan for NIMNow’s operations to help the Board fund a fair portion of the project's operating costs.

Last but by no means least, the Board turned its attention to reactive community rewards. The following decisions were made:

Got A Great Idea That You Need Help Getting Off The Ground?

Do you have a great concept that could add value to the Nimiq ecosystem and just need a helping hand? The new Board would love to hear your ideas and proposals. Remember that the Community Funding Board is there to help you get started and get building.

All you need to do is to read our proposal submission guide and shoot off an email to Proposals@Nimiq.com.