New Community Board and 6th Meeting

The voting process was held using a web application that records all votes on the Nimiq Blockchain.

This adds a new usecase to Nimiq Blockchain by resulting in an easy-to-use voting platform with a high level of transparency and decentralization since all votes are public, not controlled by any single individual/entity and will be stored in the Nimiq Blockchain for posterity.

The results are in for the tightly contested election for the Community Funding Board Representatives. Team Nimiq would like to thank all of the 113 members of the community who participated in the democratic process and to all the candidates who put themselves forward to represent our great community. Here is a time lapse of the voting process. 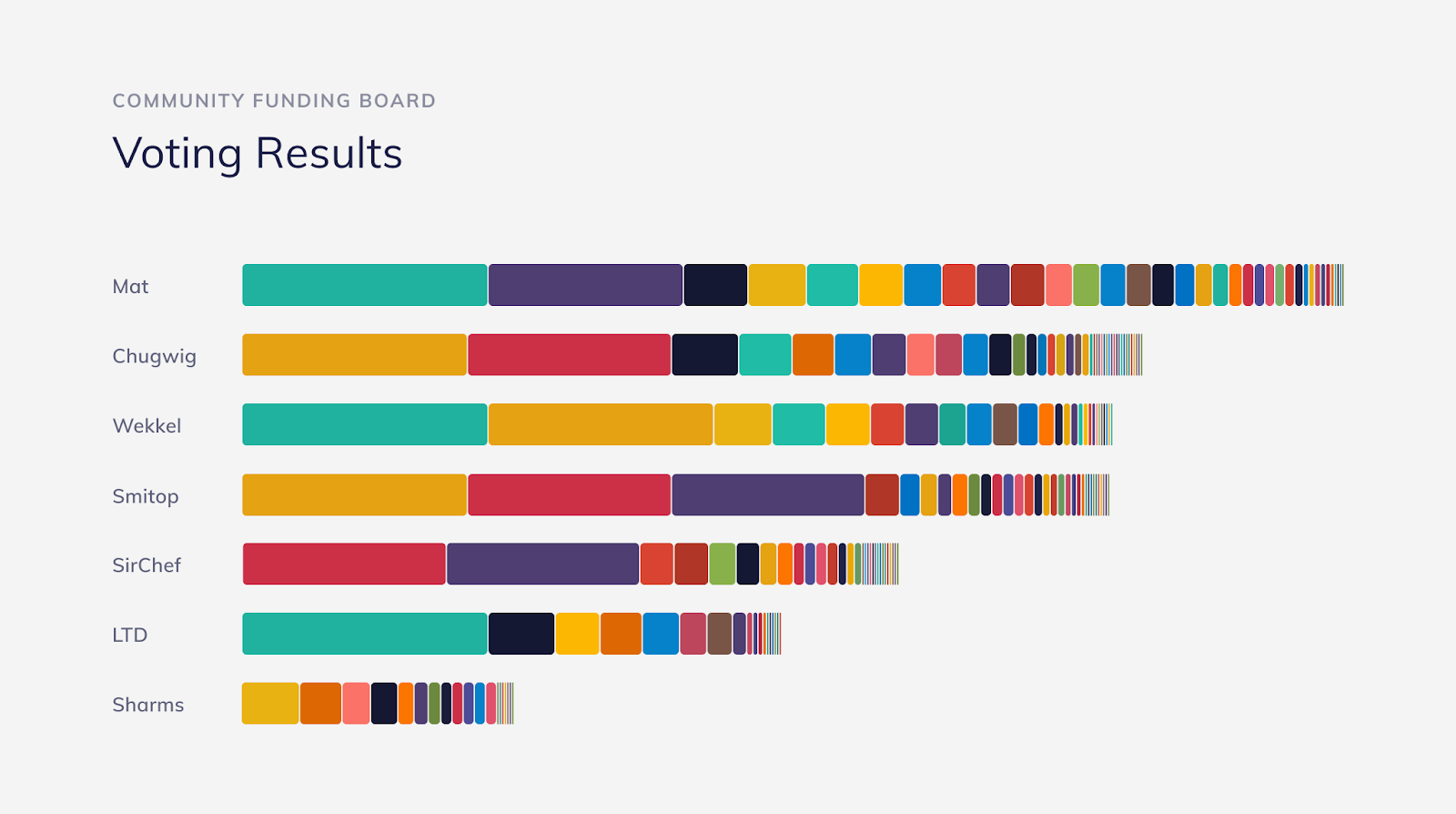 With an incredible 773 million NIM being used in the voting process, the second term of the Community Funding Board sees Mat, Chugwig, and Wekkel duly elected as community representatives for the next six months. The details of the elections are below: 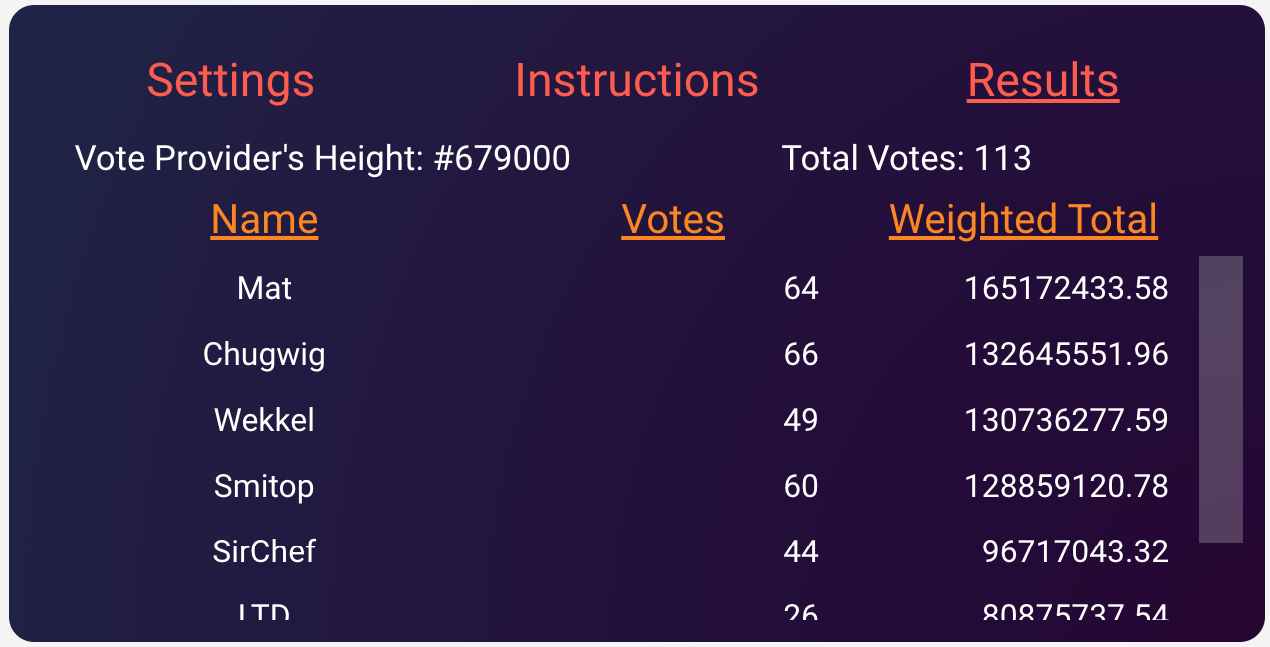 The remaining three Board seats will be taken by Richy, Sven, and Marvin from Team Nimiq.

We’d like to give special thanks to Smitop and SirChef for their service to the Nimiq community and the Board over the last six months. Thank you for your help in laying the foundations for future Boards to support even more Nimiq community projects. Your contribution to the numerous Nimiq projects that have been supported over the last six months has been priceless.

Both previous and current community board members were present for the latest meeting to ensure a smooth transition between boards. The following topics were discussed:

The Board commented that not much had changed in the proposal since it was last evaluated. It was also noted that the more detailed breakdown for costs appeared to be too high. This was particularly true of the anticipated developer rewards. After all, the idea of the Community Funding Board is to reward creators in the Nimiq ecosystem and NOT employ subcontractors.

The Board requested modifications to be made. The developer reward is to be removed with a more modest reward suggested as the first step for this ambitious project. Arnputz has also been asked to outline how they envision the digital economy aspect of Vrimiq to work.

Chugwig proposed rewarding those that engaged in the latest Community Funding Board election in the following way:

The Community Funding Board Wants To Help You!

Are you building or operating a project in the Nimiq ecosystem and need some help? The new Board would love to hear how they can help take you to the next level. Have a great idea you want to get off the ground? The Community Funding Board is there to give you all the support you need to get started and get building.

Simply send your idea to proposals [at] nimiq [dot] com and we’ll get your proposal on the agenda of the next Community Funding Board meeting.

What ACTUALLY happens when you swap in the Nimiq Wallet

A technical look under the hood of Nimiq’s Atomic Swaps.

4 May By Sören and Sven

7 Apr By Nimiq Community Funding Board